When you’re building anything, whether it’s a house or a photo album, you’ll be using components. For the house project, you’ll go to the lumberyard, the hardware store, the garden supply store and many other places to get objects that seem unrelated until they’re assembled. In this blog we’ll show you how that same approach works well for creating individual photos and photo albums.

In the following photo Lauren and Katie are sitting in a stationary bumper car at a county fair. I yelled, “Look like you’re having a wild time!” and they gave me a good expression. 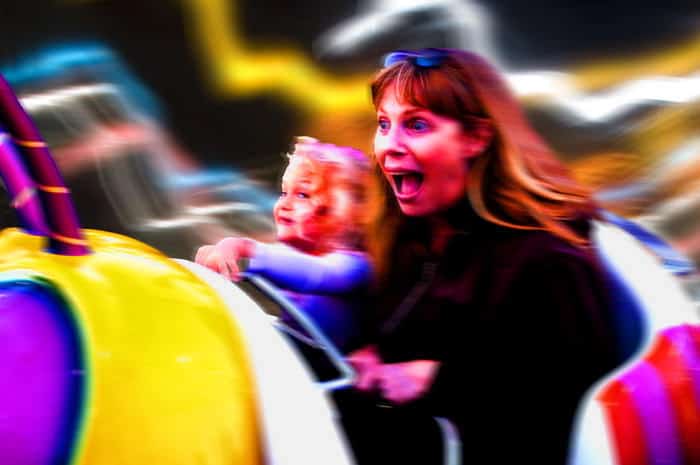 The original photo is shown below and it looks like a throw-away. But when I took it, I knew exactly what I was going to do with it. 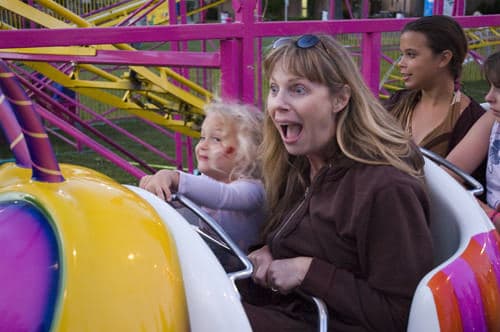 Later in the evening, when it got darker, I looked for some colorful electric signs to use as a background. For the shot below, I used a 3 second exposure and moved my camera in a wave motion to blur the colors into a ‘fast moving’ background. I added a blue colored streak later, following the contours of the other lines.

I have many folders of photos that will never be good individual shots, but they’ll look great when they’re combined with other visual elements. Of course clouds, sunsets, and other natural backgrounds are the obvious choices for collecting.

This shot of a sunset behind the Cabo San Lucas arched rocks has been used in many travel brochures, but the arches and sunset were taken on two different days. When I captured the amazing sunset on Tuesday from the roof of a hotel, I said, “I’ve got to get a sunset behind the arch!” So on Wednesday I rented a boat and got into place for the shot. No cigar – there were no clouds and no color on Wednesday.

I spent about 2 hours in my hotel room using Photoshop on my laptop getting the shot on the right assembled for delivery. If I hadn’t taken the sunset shot in the same direction as the shot of the arches, the two images wouldn’t have blended very well. 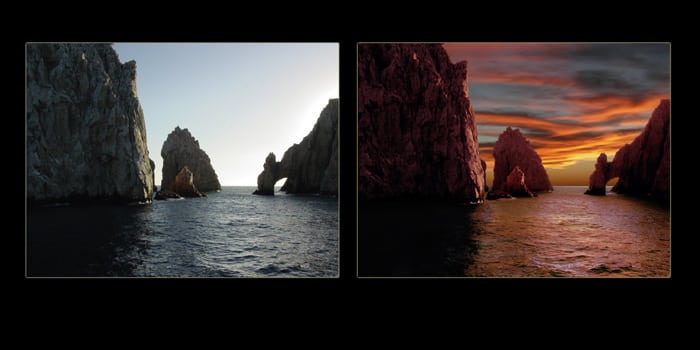 Skies with puffy clouds are even more useful, as they fit into most architectural exterior shots. It’s important to collect many different cloud shots, because the angle of the sun must match the foreground of your photo. As you can see from a small part of my collection, I’ve taken many sky shots from my window while I was driving the car because I didn’t have time to stop, but I wanted that particular background. This is not recommended, especially while talking on a cell phone or texting. 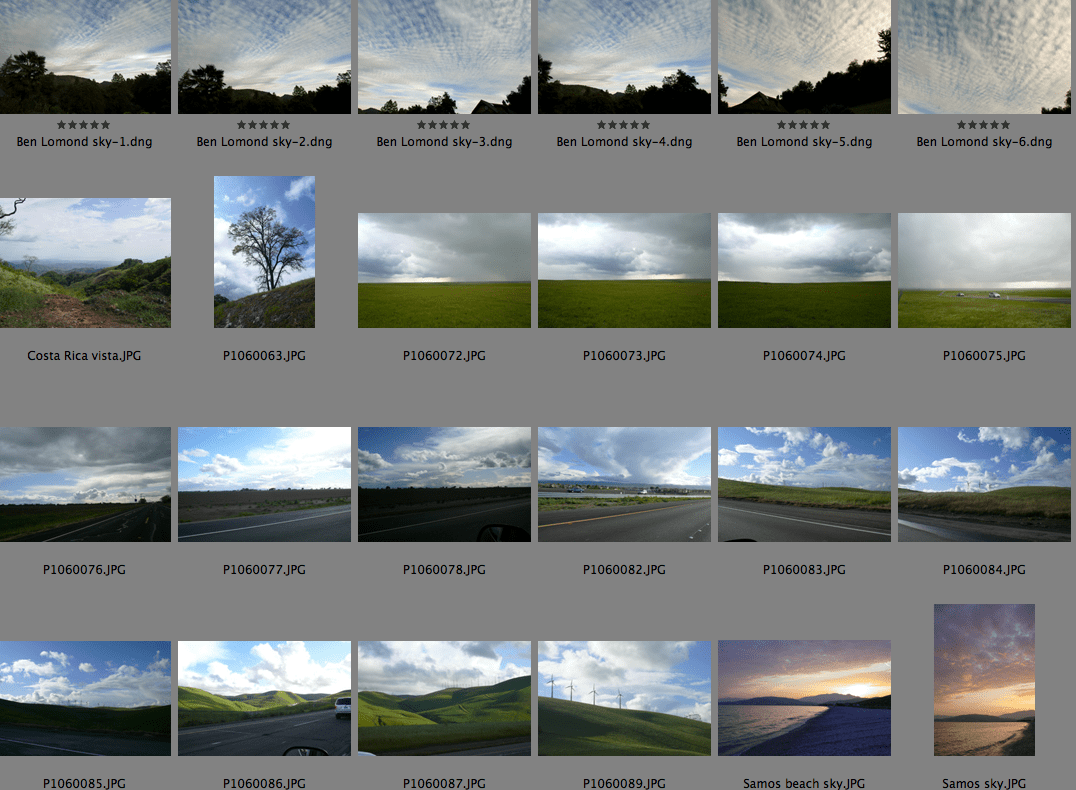 When doing editorial assignments, I always get lots of background shots that I can use behind the human subjects. In this photo of two opera singers in Mazatlan, Mexico, I used a shot of the theater interior as a replacement background because their dressing room didn’t have much color.

Not all of the visual assets you can gather while traveling will be taken in through the camera. Some of my favorite elements for building travel books are local money, train tickets, and passport stamps. I’ve been collecting items for a long time, as evidenced by these elements from my photojournalistic past. Even though this shot was done in 1978, I just used this image for a book page inset last year. 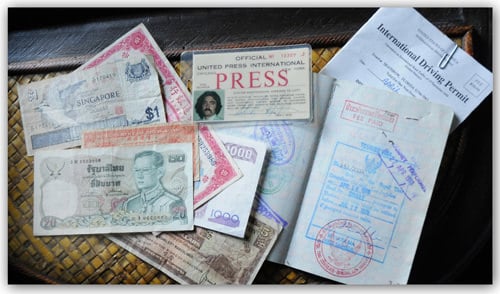 Another important category of subjects that will come in handy later when you assemble your photos are the regional eye candy, like signs, phone booths, and other scenes with foreign writing. If you don’t capture these images while you’re there, you won’t have them later.

The image below of an Ethiopian immigrant in Tel Aviv presented itself after I interviewed him about financial obstacles in Israel. He joked about a new condo project called “White City” that was out of reach for his budget. I took his photo first, leaving room for the project placard. The images were married in Photoshop later. It made a strong editorial statement for the story.

Well, you get the idea: The landscape is filled with interesting visual elements and you should gather them up as you see them, because they’ll come in handy later.